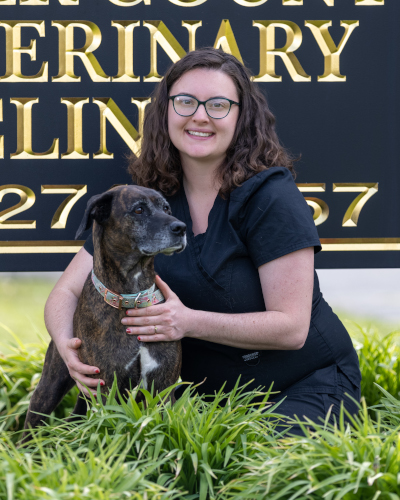 Megan has been working for the veterinary clinic since May of 2012, when she graduated from Alfred State College with her Veterinary Technician degree. Previously, she was a waitress at Kaytee’s restaurant for many years. Megan became interested in this profession because of her love for animals and the people that care for them. Megan attends the Seventh Day Baptist Church of Hebron. She is married and loves spending time with her husband, Beau and son Bruce. She also enjoys doing projects on her farm, spending time with family, taking care of her horse, pigs, goats, chickens, and dogs. Megan has 3 dogs, over 100 chickens, a herd of goats, a horse and pigs. 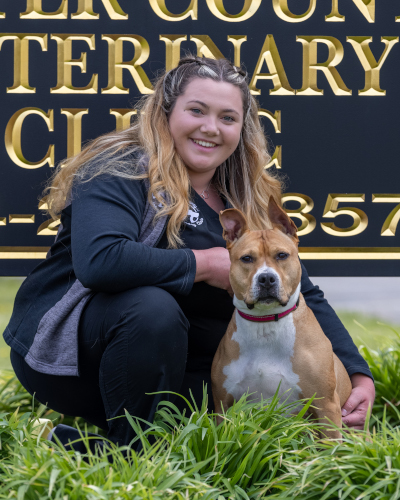 Collene has been working for PCVC for the last 3 years. She graduated from Alfred State in 2017 with her Veterinary Technician degree. Collene has always loved animals and been passionate about helping them. In her spare time, she enjoys playing with her dogs, riding the side by side, hanging out with friends and family, and fishing. Collene has 2 dogs (Roxy and Ginger), 6 chickens, and a cat named Eric. 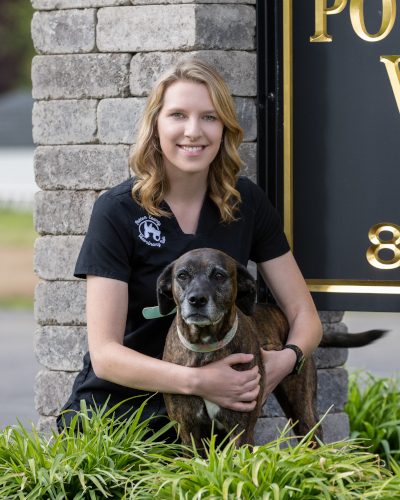 Taylor has been a part of our healthcare team since 2016. She graduated from Coudersport Jr/Sr High School in 2018 and is currently enrolled at Wilson College majoring in Nursing. Throughout her high school and college years, Taylor had been a member of Showstoppers 4-H, Spud growers FFA, and the SNA. Taylor loves spending time with family and friends, riding her horse Kit Kat, kayaking, and being outside. She lives on a small farm with 7 horses, a cow, and lots of chickens. She also has a German Shorthaired Pointer puppy named Colt. 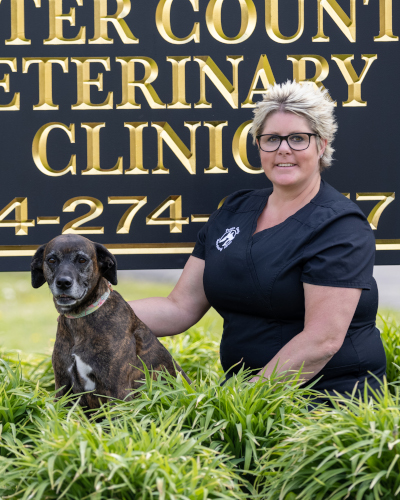 Paula has worked at the clinic for over 15 years. She graduated from Coudersport Jr/Sr High School. She became interested in the profession due to her love for animals. In her spare time, Paula loves horse back riding and spending time with her family and friends. Paula has 4 dogs, 1 cat, 7 horses, 1 miniature donkey, and chickens. She has two children, Clayton and Taylor. Paula’s favorite part of her job is meeting new people and being able to work with the great employees. 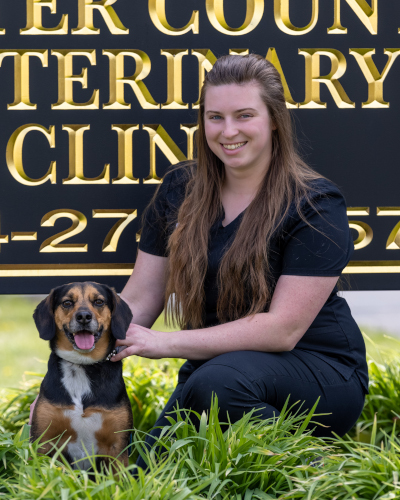 Cheyenne has been a part of the healthcare team for over a year. She is currently enrolled in Penn Foster to obtain her Veterinary Technician degree. She always had a love for animals and has wanted to help them from a young age. In her spare time, she likes to go hunting, fishing, ride dirt bikes, play with her dogs and kayak. Cheyenne has 3 dogs, one snake and a bunny. 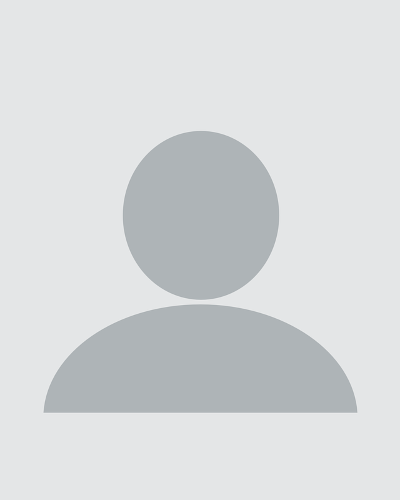 Laura has been working for PCVC for approximately 3 years. She graduated from Port Allegany High School as well as Westminster College, Class of 2019, with a degree in Biology. Laura has been accepted to St. Matthews University, on Grand Cayman Island, to become a Veterinarian. In her spare time, Laura enjoys riding horses, attending country concerts, and kayaking. Laura has 7 horses, 20 beef cattle, 5 dogs, 2 cats, 76 guinea hens, and a lot of chickens. 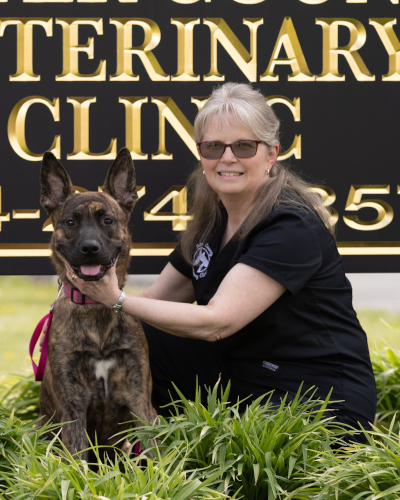 Audeen has been working for the veterinary clinic for 22 years. She graduated from Northern Potter High School. Before becoming a member of the Potter County Veterinary Clinic team, Audeen worked on her family-owned dairy and sheep farm, in 3 different departments at the local hospital, and owned her own business. She belongs to the Gold Church as well as the Tritown Auxiliary. In her spare time, she enjoys cooking, sewing, reading, gardening, exercising, and singing in the quartet at church and other venues. Audeen has a Westie mix named Mardi, a Yorkie named Lola, and Gus- a Siamese mix. 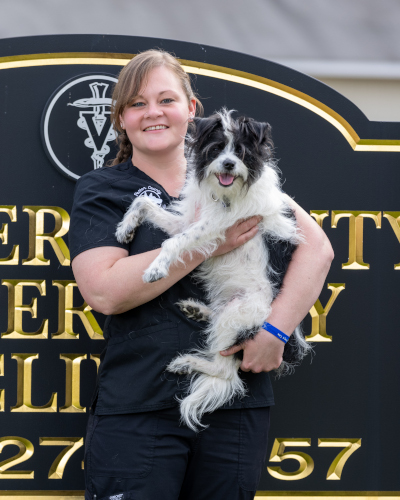 Chelsea has worked for PCVC for the last two years. She graduated from Otto Eldred Jr/Sr High School in 2005. After high school she joined the United States Marine Corps. Chelsea became interested in this profession because she enjoys administration work and getting to interact with pets and their owners. Chelsea belongs to the American Legion Post 887 and attends Believer’s Chapel in Olean, NY. In her spare time, she loves to watch her kids play sports, work around the house, and spend time on the water. Chelsea has 2 children, a ten-year-old named Conner, and an eight-year-old named Wyatt. She also has a dog, cat, and fish. 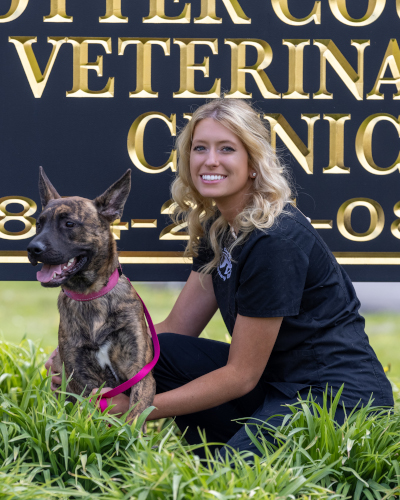 Brittany has worked at the veterinary clinic for 8 months now. She graduated from Coudersport Jr/Sr High School in 2016. She attended Mansfield University for 2 years before deciding to take some time off. Previously, she worked at GFS and continues to work at Fox’s Pizza. She became interested in this position because of her love for animals. In her spare time, Brittany enjoys taking her pets for walks around town or on long drives and spending time with family and friends. Brittany has 4 animals: a five-year-old Australian shepherd named Carmel, a two-year-old Pitbull mix named Bella, a three-year-old kitten named Purricilla, and a 9-month-old Maine Coon kitten named Zurri. 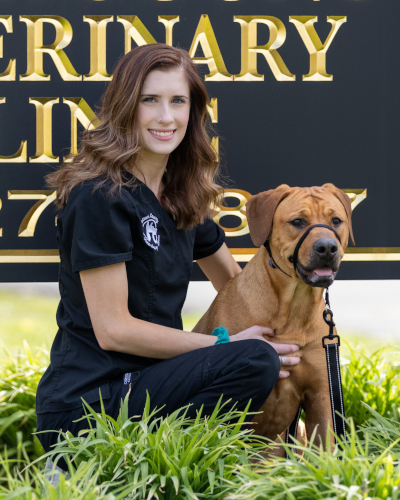 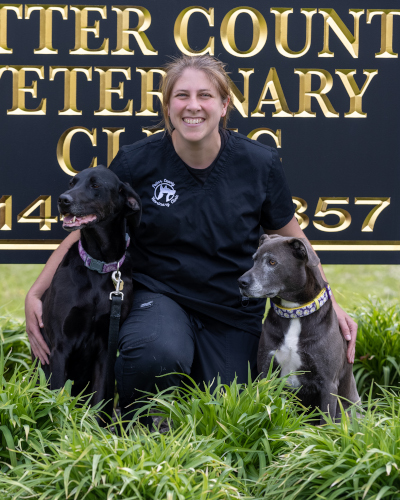 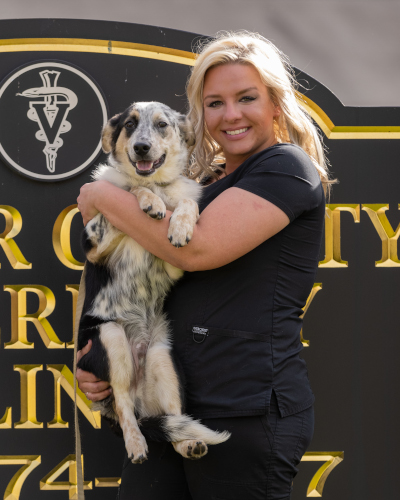 They have a pretty good bedside manor. The dr is very empathetic. My pet had to be put down. That of course was the very hard, but they gave us the... read more

The service was great. Safety guidelines were all met. I felt the Vet and the Technician really cared about Tiffany, my cat. I had some concerns and... read more

Wonderful and caring vet! My dogs are very elderly and she was so careful to make sure they were comfortable during their exam. Dr. Lindsay also... read more

They have a pretty good bedside manor. The dr is very empathetic. My pet had to be put down. That of course was the very hard, but they gave us the time we needed with him. I can't speak highly enough of the Dr. I recommend the veterinarian clinic to everyone who really loves there pets. After all they are part of our family, each and every one of them are loved and Jasper (my cat) will be sorely missed. He's in heaven now. We love you always Jasper.

The service was great. Safety guidelines were all met. I felt the Vet and the Technician really cared about Tiffany, my cat. I had some concerns and she needed maintenance shots. I felt they went above and beyond. The place was clean and well maintained. Tiffany will always go there.

Wonderful and caring vet! My dogs are very elderly and she was so careful to make sure they were comfortable during their exam. Dr. Lindsay also took the time to make sure I understood what treatment options I had to give my babies to live their best life and prolong their lives. Thank you so much!!!

Accessibility by WAH
Call Us Text Us